Until somewhat more than 300 years ago, Saunders Point and considerable of the surrounding lands were occupied by the Nehantics, a peaceful and friendly tribe of Indians. During the long years of their occupancy, they were forced many times to defend their lands because the Pequots, an unfriendly inland tribe, desired the many advantages afforded the Nehantics because of their excellent location. The English were no less covetous, and when the Pequot war was fought and won by the British, the future of Connecticut and the adjoining states was shaped. Captain John Mason, the superior military strategist of his day, with a force of only 90 men wiped out the Pequot garrison of over 700, thereby bringing New England under the control of the British.

Among this English force was a young Lieutenant Thomas Bull who distinguished himself with such bravery and courage that a general court appointed a three man commission to select a suitable parcel of land to be given to Lieutenant Bull as a reward for his services. The young Lieutenant had most of Southern Connecticut to choose from, but he chose and was awarded 500 acres which included this Point. During his lifetime Lieutenant Bull added 300 acres to his grant and at his death owned 800 acres upon part of which our members play golf, tennis, swim and sleep. When Bull died his two sons in the year 1692 sold these lands to Nehemiah Smith of New London. Mr. Smith bought the land for his son Samuel upon which to start married life, and for more than 250 years this land or parts of it remained in the Smith family.

As time passed, this large tract of land was divided, some by sale, and others parts by inheritance. A large part, including some waterfront property, was maintained and preserved as their homestead, and about 1816 the stone house was built from quarried native granite. Soon after the Civil War the first break in the home farm occurred when Nicholas Caulkins purchased a sizable tract in the center of the Point. Later this tract was deeded to his daughter, Mrs. Christopher Saunders, and from this family came the early name of Saunders Grove or Point.

It was not until 1943 that the Smith family disposed of the last of their large holdings. At that time Mr. and Mrs. Christian Bayreuther Jr., purchased the stone house and extensive lands, and this ended the long, long years of the Smith dynasty at Saunders Point.

A great many people have contributed to the fact that today some one hundred families spend their summers so pleasantly at Saunders Point. There particularly belongs in this historical section the names of two men, and to them history owes a special tribute: Mr. Merton W. Bassett of Hartford, and Mr. James A. Stevens, now deceased, from Brooklyn. Mr. Bassett came here in the early days of development of our summer colony and acquired a large holding around Bishops Bay on the north side of the Point. Over the years Mr. Bassett has interested many of our best members in the club. He has spent many thousands of dollars in building roads and has built many of our most attractive cottages. Later in this brochure we outline in detail the most generous contribution Mr. Bassett has made and is making to the continued enjoyment of us all in connection with the golf course.

In the year 1906 Mr. James A. Stevens, from Brooklyn, first purchased and built on the Point. He was long a dynamic leader in forming and directing the early policies of our club. In 1923 he purchased the southern part of the Point which was then opened for development. Later in this pamphlet we outline the most generous contribution made by Mr. Stevens and his heirs of the tennis court property to the club. A beautiful native stone, contributed by Mr. Bassett, has been erected on this property with appropriate plaque as a memorial to Mr. Stevens.

This historical information was furnished by Richard J. Porter. 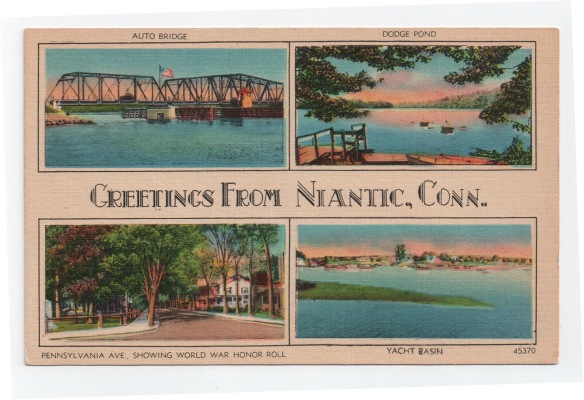 Before October 1915, there was a little organization among those who spent their summers on the Point. There was a group known as “Saunders Point Stuckups”. During 1913 and 1914 they had water sports and boat owners now and then had had sailing races. They cooperated with each other in such things as rowing over to the sand bar to meet fathers arriving on Friday night on the trolley. Automobiles, contract bridge, talking movies, radios and such things had not yet arrived. Those were the days when several families used the same well, of washing clothes over outside pits of fire and beating them clean and dry on a wooden block after boiling in lye soap.

During the Season of 1915 some of the members suggested to each other that a more formal club be formed. On october 22, 1915, a meeting was held at the cottage of “Brother and Sister Pennington” at which meeting the Saunders Point Field and Marine Club was formed. At this meeting it was voted to send a letter to the residents of the Point announcing the formation of this club and invite them to become members.  Following is a copy of the letter written at that time, the letter being the one to Mr. and Mrs. Howard Porter.

Tennis courts were installed at the corner opposite Mr. and Mrs. Hugh Gibson’s cottage, just back of the cottage of Mr. V.C. Jenkins. As golf became a popular pastime, many of the members began talking of the need of a private golf course. In the middle twenties through the great generosity of Mr. Bassett, Mr. and Mrs. Judson, Mr. and Mrs. Ferguson and Mrs. Thompson, Mrs. Ferguson’s mother, and Mr. Hoskins, in contributing the use of their land, a golf course was built. This golf course is located on some of the most valuable land on the Point. Each member owes a great debt of gratitude to them.

The next important development in the history of our club came in 1932 when William F. Powell and others decided to incorporate the club under Connecticut laws. On a Sunday Morning in that year at the cottage of Walter Riland the members of Saunders Point Field and Marine Club gathered together and after considerable discussions it was voted to change the name to Oswegatchie Hills Club, Inc. and to incorporate under Connecticut laws. Mr. Powell was elected the first president and “Billie” Robbins (Mrs. Aurther Robbins) the first secretary. “Billie” has been elected to that office nineteen successive times and has done a most commendable job of it. Mr. Powell worked hard in the interest of the club and while his contributions were many, one of the most important was the beginning of baseball games. Through his efforts permission was secured to use the field on the Smith property. Many long days were put in blasting rocks and clearing the field and for thirteen years each Sunday afternoon during the summer all have enjoyed good ball games — married men vs. single men. Some years ago Ralph Trottier donated a beautiful trophy which is awarded to the victors on Labor Day. When Mr. and Mrs. Christian Bayreuther, Jr. purchased the Smith property they very generously continued to let the club use this field and to them we all express our gratitude.

It eventually became necessary to move the tennis courts. At this time another important development took place. Mr. James Stevens of his own accord suggested to the club that it build the new courts on ten of his lots. This was done and when Mr. Stevens died he provided that the club was to have use of this property for ten years after his death. In 1944 and 1945 his heirs, Bob, Harold, Elizabeth Pfanner and Louise Markgraf, deeded this property to the club. By action of the members of the Board of Directors of the club this property is to be known as the James A. Stevens Memorial Park. A suitable monument has been erected on this property on which is a bronze plaque — “James A. Stevens Memorial Park” in memory of James A. Stevens.

“At a meeting of the “Saunders Point Stuckups” held at Brother and Sister Pennington’s on October 22, 1915, with the following families present:

the Heads of each family Agreed to subscribe $10.00 per season for the following purpose: “They, and their families to become members of the “Saunders Point Field and Marine Club”.

We have tried, in a small way, to entertain and make the Vacation period a pleasant one for the young people on Saunders Point. On the last two Labor Days we had quite some Aquatic events and we feel that we would like to enlarge on same and have them more often starting, perhaps, on July 4th, so that we could have a longer season and get together oftener.

It is proposed to use part of this first seasons subscription for a Tennis Court and various field games for our youngest set and from time to time to procure suitable prizes for our Marine and Field events. It has been suggested that the Sail Boat owners pay $10.00 per season and those not owning boats for racing purposes, pay $5.00 per season after the first season.

If the Tennis Courts prove popular, we hope to put in another one next year. There is no reason why our little Colony should not have even a better time than we have had, and run off a little series of games and Tennis Sets during the season. All members would be privileged to invite their friends to participate in our games and each family would feel an equal ownership and responsibility in our Courts, Races, Games, etc.

It was voted to send out this letter to the following families so that each would know just who is invited to become members of our Club. We are particularly fortunate in having an exceedingly congenial Colony and think that this list of names will be acceptable to all of us. The Saunders Family will be Honorary members of this Club, not subject to dues each season. It may work out that we can lower our rates of dues after the first season, if enough families subscribe this season of 1916 as there is always more expense at first in building Tennis Courts, etc.

Talk this over around your dinner table or fire-side at night, and may we all be spared to join each other for a rousing good season at Saunders Point this year.”

The Best Of Life Is Yet To Come 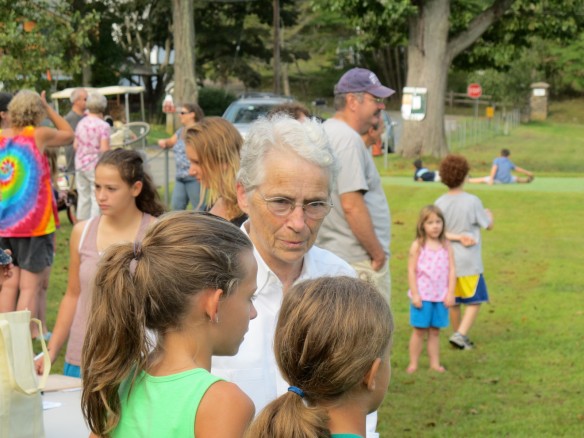